Cuidad Perdida – Everything You Need to Know About the “Lost City”

After feeling a soft shake on the mosquito netting surrounding my bed I realize it’s time to get up. Looking around I notice the other 7 in my group starting to stir, small creaks in the wood and rustling of plastic bags ensures that no one really has a solid chance to go back to sleep. It’s 5:30am and as I move around I feel the damp of the Colombian jungle has settled into almost everything I have with me. I start to pack my belongings and grab my towel (that was likely more dry when I originally hung it) and toss it in my bag. Wincing just a little I slip on some damp socks, and slide them into some damp running shoes and smile because really, this is what it’s all about. After a quick breakfast I throw my hair up in a bun and venture off down the single track trail that winds up and down mountains, through rivers waist-deep, and of course in the rainy season through mud that could swallow a shoe whole. The trek to the Lost City might have a hefty price tag on it for South American standards, but it truly is a worthwhile experience. 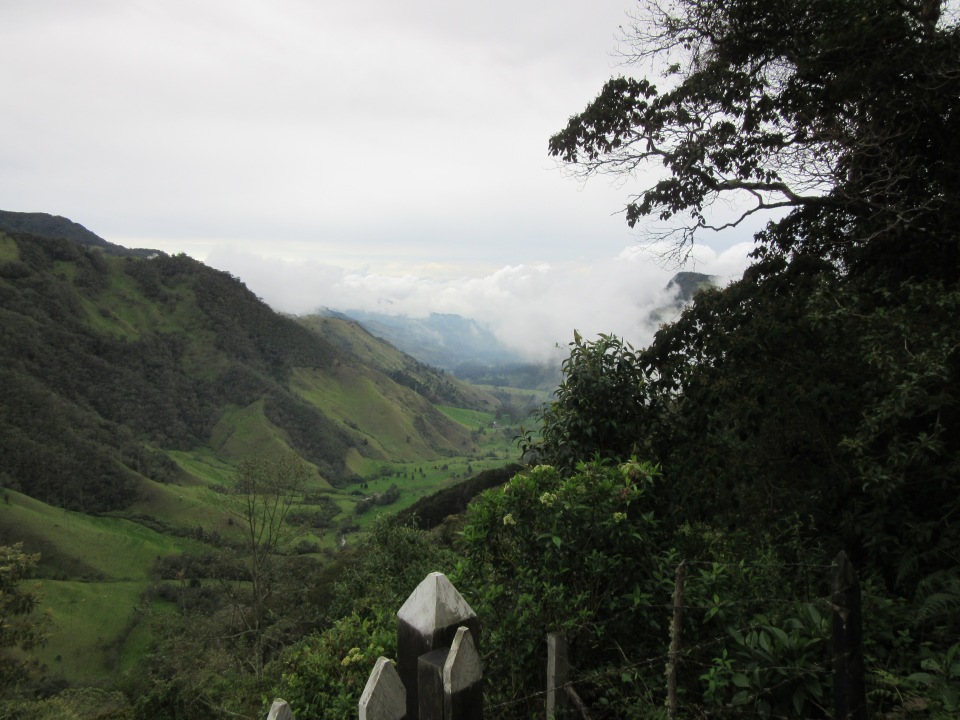 One of many views of the mountains and valleys below

The trek to the lost city really is something amazing. I mean, 26km into the Colombian jungle an ancient civilization literally built a small city that predates Machu Picchu by about 650 years! And the kicker is that it was only discovered in 1972 by grave robbers looking to look their share of gold from these ancient burial grounds. What a story!

How to get there?

The typical jumping off point for the trek is out of Santa Marta. Although if you were up in Palamino, Costeno, or any northern beach town you could always book and take a bus to meet the rest of the team at the road turnoff where you will most definitely need the use of the 4×4 vehicle.

I completed the trek in October 2016 and the price tag was 700,000 COP, which converts to roughly $230 USD. The price is the same whether you do 4-days, 5-days, or 6-days interestingly enough. I chose to do they 4-day option which seems to be the mots popular by far from the other groups I passed along the way. 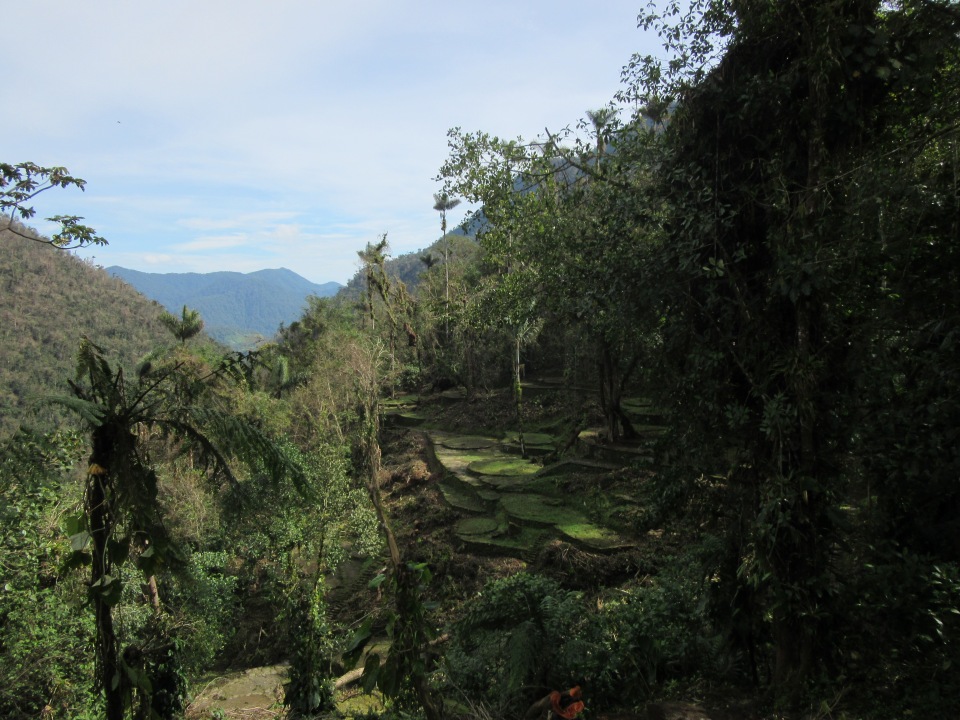 Now, I’ve heard a few complaints about the high cost of the trek and I’m assuming the guiding company has as well because they really go through great lengths to explain the cost breakdown. Essentially, there are 3 indigenous groups still living in the area: the Arhuaco, Koguis, and Wiwa’s (who claim to have visited the site regularly and chose to keep it a secret). During the hike you’ll pass near their traditional villages and homes and you also get a chance to learn a little bit about their culture on the trek as well. Each member of these groups receives a portion of compensation for every individual trekker. There’s the guide and typically translator, a cook, there are people who help run the small hostel-style bunk bed accommodations and clean etc. Basically it’s 20,000 here, 30,000 there and it all adds up pretty quickly.

So the 700,000 COP price tag doesn’t seem to bad when you see that the money generated to this local indigenous tribe and the surrounding inhabitants has been cause for them to pursue other means of work, which was previously growing marijuana and cocaine and transporting it down to the coast. So although of course a touring company is taking a cut, a lot of income is generated to these local farmers that has been cause for beneficial development for a trail that isn’t too occupied to be really tarnishing a traditional way of life.

By far the most popular choice among backpackers is the 4-day option. The trail itself is one way so you hike 23km in and 23km out for a grand total of ….drumroll…..46km. So for 4 days it’s not to bad of a haul and if you’re in decent enough shape and have a pair of running shoes you shouldn’t have a problem. If there’s any advice I can give it’s this: you’re going to get wet. Either with sweat, with rain, or with the humidity in the jungle. So, pack all your belongings in plastic bags. I simply used a garbage bag to cover my backpack (a kids bag, maybe 15L tops… I’d recommend a little more) and had about 5 plastic bags with my belongings inside.

You’ll likely be hiking with a couple other groups. Expect anywhere from 15-24 people at each camp. It’s a nice way to get to meet other travellers and play some cards!

The guides are hit/miss. We booked directly through Dreamer’s Hostel in Santa Marta and although our guide didn’t speak English we had a translator. It turns out that of the 2 first men to discover the city, one was killed and the other decided to sell treks to American tourists and our now guide was the first one ever hired as the cook for this group original group! So he really had tons of experience and lots of knowledge to pass along. I’ve heard generally good reviews about all the companies – expotur is a popular choice and generally has English-speaking guides.

Typically you’re picked up at your hostel around 10-11am. You cram into the back of a 4×4 vehicle with likely 4-7 others and off you go towards the jumping off point known as Machete. Arriving around 1-2pm you’re given a pretty delicious lunch (the food is really good the whole trek actually) and then you set off for a 4-hour afternoon. Many of the guides will tell you that this is the most difficult day because you’re basically just climbing, climbing, and climbing under the hot Colombian sun in the humid Colombian jungle, so it definitely doesn’t aid to the uphill push. You’ll arrive in the late afternoon just as the sun is beginning to set, definitely excited for your meal. You always have the choice between a bed and a hammock. I opted for the hammock for the traditional experience…however, I really don’t recommend the hammock unless you’ve experience sleeping in hammocks already. 1-hour of sleep before a 7-8 hour day is not conducive to a fit body!

For those that want to try though, the technique is to lay diagonal, which creates a flat surface and you can sleep on your side or your back. 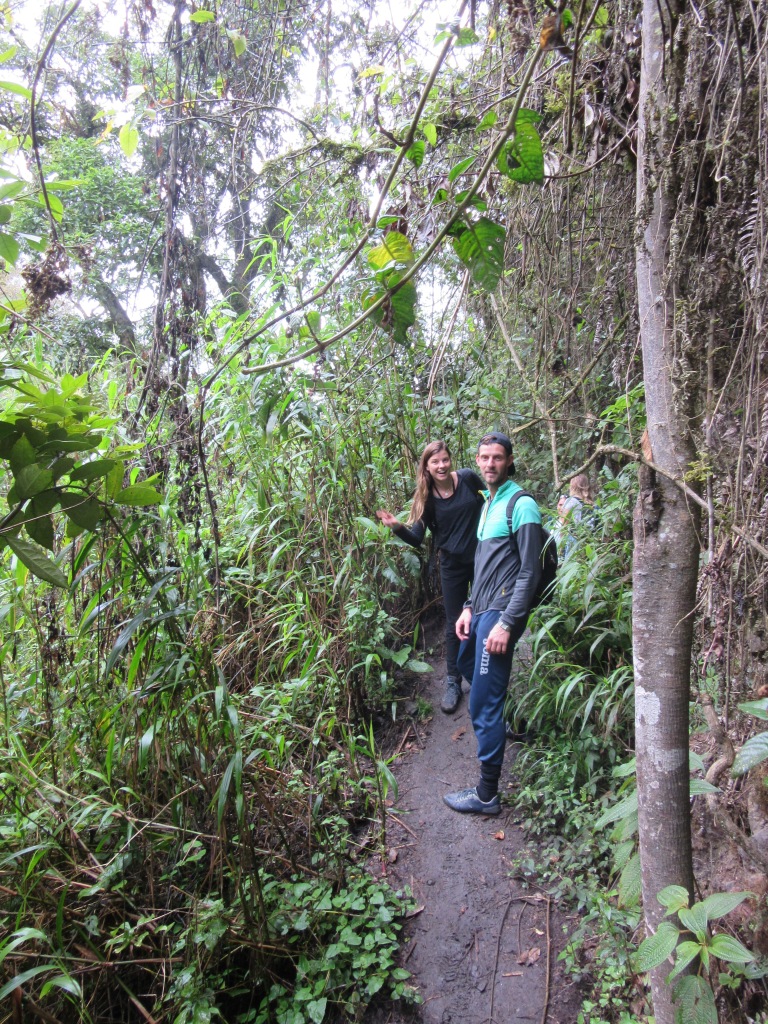 In my opinion, day 2 is definitely the most trying day. With an early 6am start (although you’ve likely gone to bed at 9pm the night before) you will have a 3-hour morning with a few good climbs before a nice lunch and hour’s rest. Depending on your rest spot there will be a opportunity to go swimming in the river, complete with cliff diving and vine swinging!

After lunch is a 4-hour push that involves again some steady climbs and footing that definitely requires constant attention. You’ll cross a few rivers as well! This will lead you to the final camp situated alongside a rushing river that provides excellent white noise for your sleep! Again, food is great! 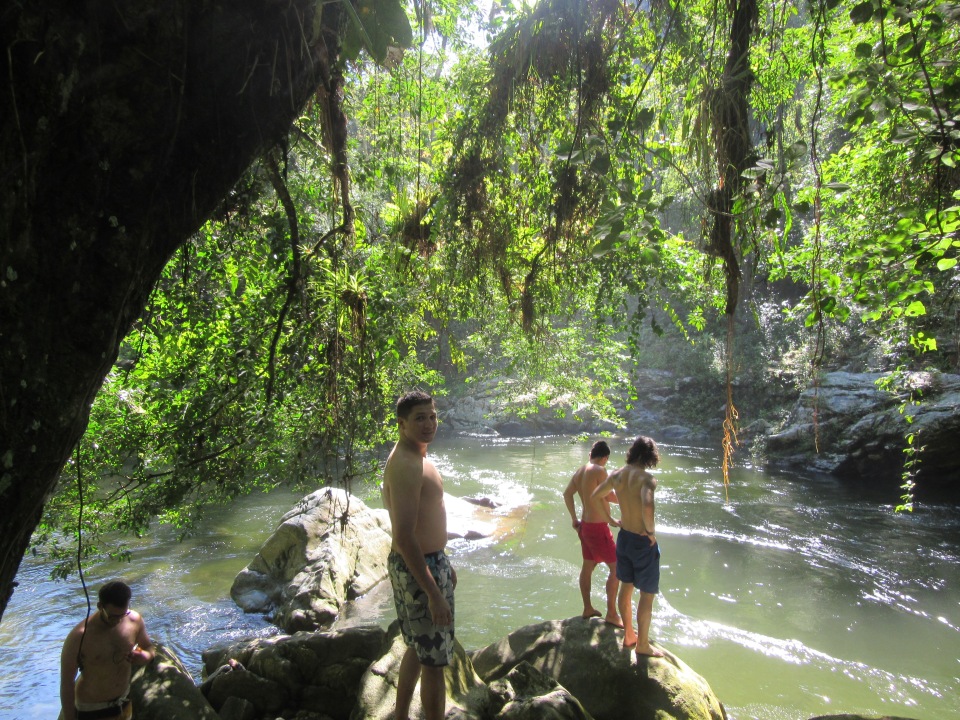 This the early push to the “Lost City”, our group started at 5am so that we would be the first at Cuidad Peridad, and have the city to ourselves for a half-hour or so. It’s basically just a straight climb up 1200 stairs until you reach the city! The old stone staircase is an incredible feat in itself and to take you mind off the sweat it’s simply an amazing sight to see the work that went in to build the stairs.

After spending some time in the ‘Lost City’, your guide will likely take you to the Shamans house and a few other little neat places surrounding and then you’ll head back down to the camp for a lunch and a swim. The afternoon is about a 4-hour jaunt back to where you ate lunch on Day 2, this is where you’ll spend your final night on the trek, 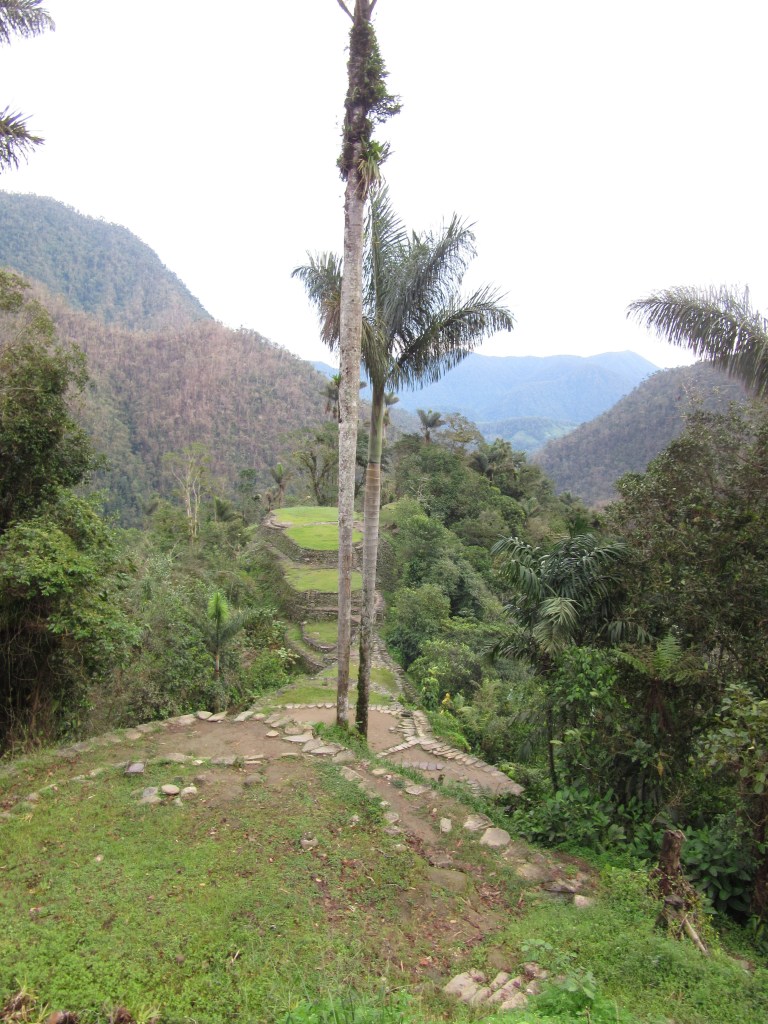 Should work on my angles

This is the final push. You’ve seen the terrain before, you know what to expect, so it’s simply a matter of doing it! You’ll likely end up back in Machete by about 12-1pm where you’ll have another great lunch (and maybe even a game of Tejo!) before heading back to Santa Marta by 4×4 vehicle!

All said and done you’ll be back by 5pm and ready for a night with a few casuals and likely a day of rest afterwards! 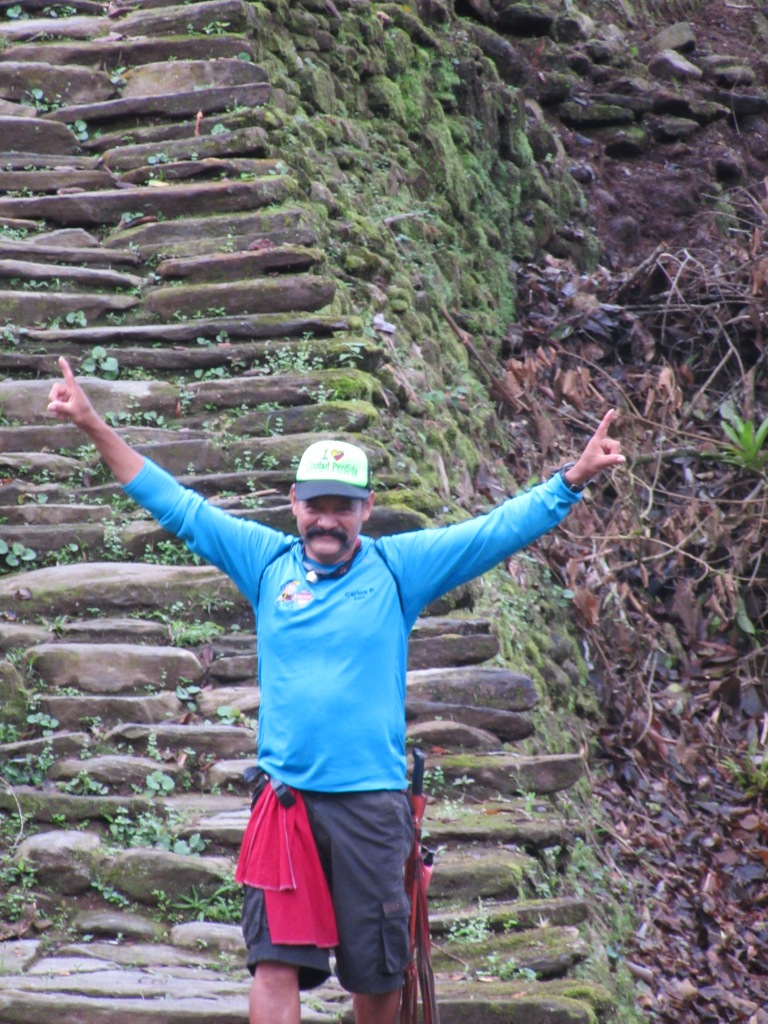 Our guide “whiskers”…Just a gem of a man! 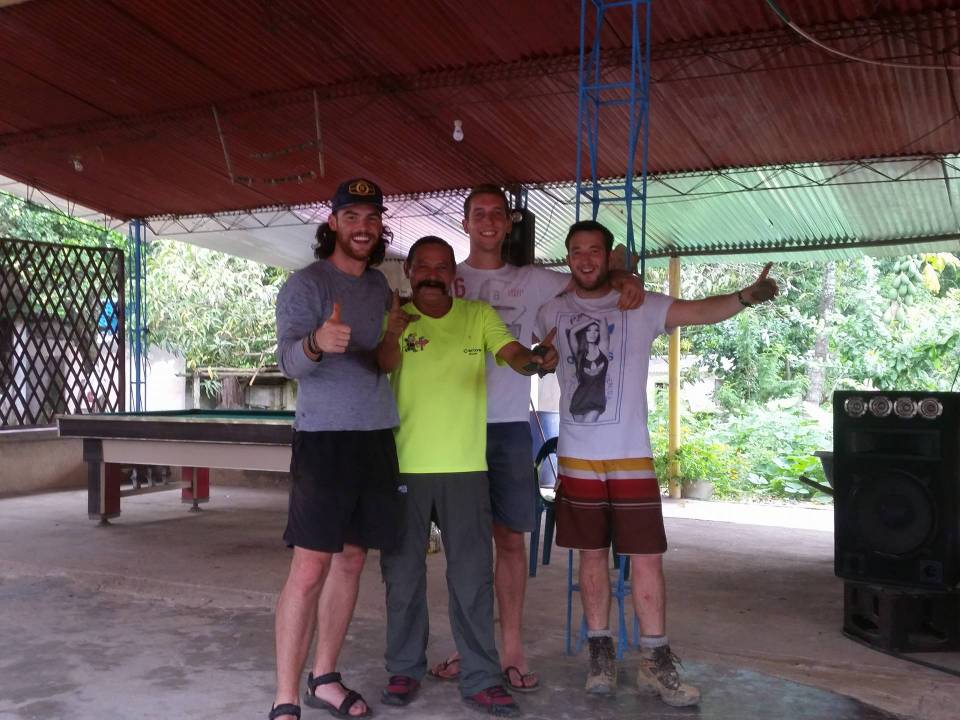 After having completed the trek myself just a week before writing this article I would definitely recommend it to anyone confident in their hiking ability and just in decent shape really. It’s a great way to start the northern coast before really chilling out in the beaches of Palomino, and Costeno etc. Makes you really appreciate the rest!

For any questions feel free to comment on the article and I’ll get back ASAP! 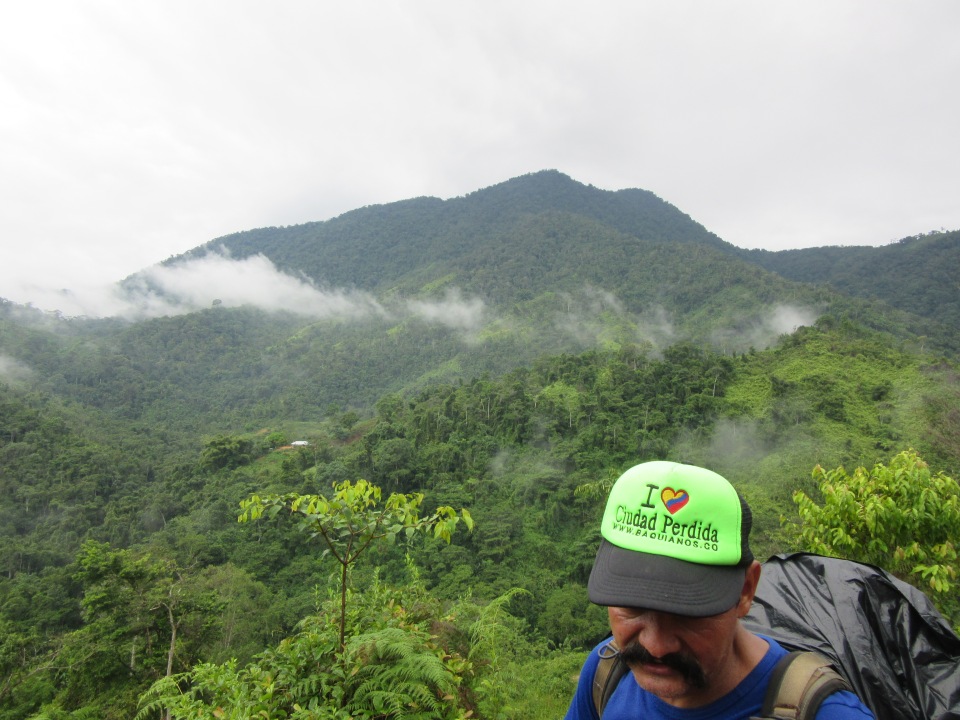 See you out there!